Heavily armored, Silent Assault makes not a sound as he picks his way through the immediate reaches of Yugash.

Like many young Champions of Yugash, Silent Assault leads a Reclamation Team, tasked with pushing deeper into the reaches, clearing hostiles and enabling their mortal companions to put a lock on territory. After the Reclamation Team has secured the perimeter, sometimes taking months, a Salvage and Processing team moves in to havest or tap any and all usable materials. Silent Assault has been involved in two operations thus far and is said to stalk hostile Exmachina and end them without ever being seen. Already murals are being erected in Ot of the ‘Green Shadow’. 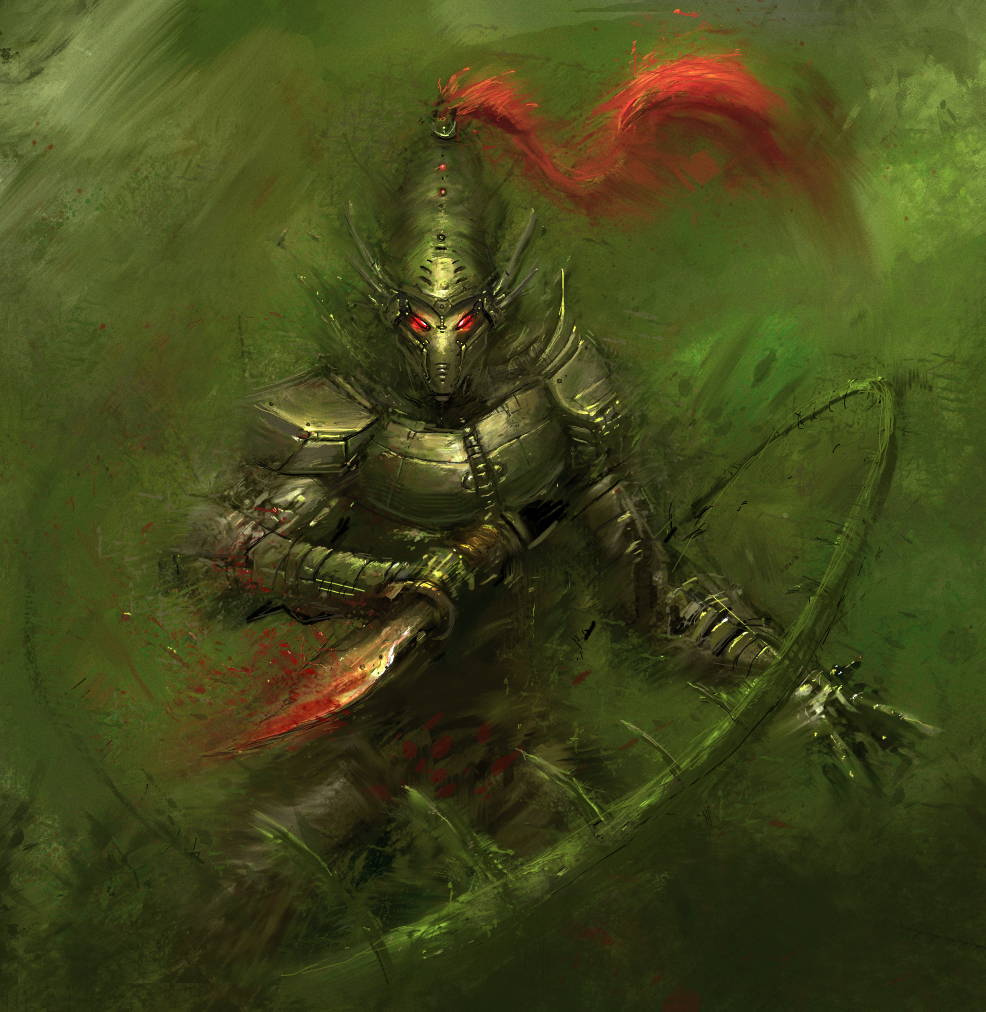